Humans can regrow cartilage, much like a salamander regrows its tail!

Research studies are beginning to dispel some of the mysteries surrounding the human body, particularly how the body regenerates tissue. In the early 1990s, scientists discovered small sections of RNA called microRNA or miRNA. This discovery allowed them to see more precisely how DNA functions in our bodies and the role these tiny molecules play in the process of regeneration of tissue. Particularly, scientists were able to breakdown the process of how regulation of stem cell self-renewal occurs and the process differentiation, or the development of unspecialized cell into a particular type of cell.

These are the cells harvested in Bone Marrow Stem Cell Therapy or Cell Based Therapy.

A third form of stem cells, adult stem cells, reside in tissue. These localized stems cells are activated when tissue is injured to develop into the type of cell in which they reside. Platelet Rich Plasma Injections, PRP, utilizes activation of local stem cells by accelerating this process through injection of condensed platelets. Platelets are the body’s initial response team that signal other cells to begin the healing process natural to the body.

Stem cells are key to the body’s process of healing by their development of structural tissue. Stem cells not only transform into the structural tissue necessary for repair, they have powerful anti-inflammatory and immune system modification abilities that influence the healing response.

Stem cells themselves are controlled by a system of intercellular communication called signaling that coordinates the body’s response to injury. The discovery of miRNA helped scientists breakdown the complex system of “transcription” of DNA codes and “translation” of this code into new tissue. miRNA are the worker bees in the formation of new cells with the complex process of healing actually occurring in these tiny particles. In other words, these tiny molecules are key in the synthesis of protein, or regeneration of cells needed to replace damaged ones. 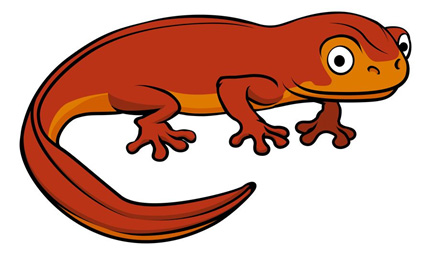 Since the identification of stem-cell-specific miRNA and the significant role they play in directing stem cell differentiation, the two fields of study for stem cells and miRNA have joined to more effectively explore how bodies can be healed at a cellular level. A 2019 study at Duke University compared the similarities of humans with those of species with highly regenerative ability, such as zebra fish and salamanders. The study debunks the belief that cartilage in joints has limited ability to regenerate.1

Science has long questioned the ability of humans to regrow tissue beyond limited degrees. The study at Duke University examined the presence of microRNA appearing to correspond with the level of protein molecules in a given body region. The miRNA seemed to be found in greater abundance in regions with more and older protein cells, leading researchers to discover the direct role these tiny cells play in directing the differentiation of localized cells.1 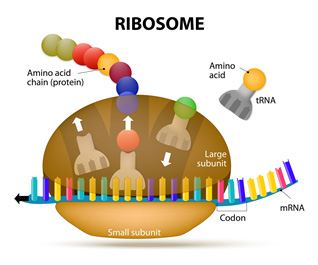 The correlation of old proteins and miRNA helped the scientists discover that miRNA molecules used to regenerate limbs in the salamander control this repair process in human cartilage as well. Interestingly, like the salamander that has lost its tail, humans are able to regenerate cartilage in a foot or ankle better than in more proximal regions of the body, such as the knees and hip.

Scientists explain this comparison by the nature of DNA itself. The double helix of DNA has the sole purpose of making more DNA. The molecule is extremely stable, lasting for tens of thousands of years. Scientists were not surprised that humans still share elements in common with a salamander.

This discovery opened a new, unexpected avenue in treatment of orthopedic healing through the use of miRNA. It may also help to explain why arthritis is less common in the ankle that supports as much weight as the knees. Like the salamander, humans are able to regrow tissue in extremity regions at a rate capable of replacing damaged tissue, preventing arthritic degeneration of tissue. …humans regrow cartilage at a rate that is much higher in portions of the limbs more remote from the body, much like a salamander would regrow a tail and for many of the same reasons.”2

We found that human cartilage can repair, but does it best at the ankle, at an intermediate level in the knee, and at a low level in the hip," says Virginia Byers Kraus, MD, PhD, a professor of medicine, orthopedics, and pathology in the division of rheumatology at Duke University School of Medicine in Durham, North Carolina. This could be why wear-and-tear arthritis, or osteoarthritis, more often develops in the hips and knees rather than the ankles. Read more.

Read more about the role of miRNA as key regulators of stem cells.

The body does miraculous things every minute…

120 million red blood cells are produced. Those cells are made inside the bone marrow and are tasked with carrying oxygen and removing carbon dioxide from the body. Considering that’s a pretty important factor in keeping us alive, it’s a good thing there are so many of them.

Bones aren’t as stable as you might think. They are living tissues that are constantly breaking down and rebuilding as even stronger tissue. In fact, you have an almost entirely new skeleton every ten years. Without this process, you’d have to deal with a lot more broken bones.