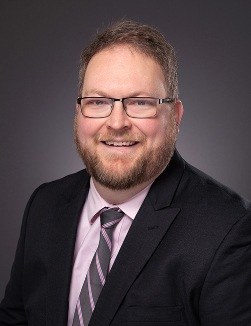 Dr. Gregory Cox is Board Certified in Neuromusculoskeletal Medicine and Osteopathic Manipulative Medicine. He received his degree as Doctor of Osteopathy at A.T. Still University- Kirksville College of Osteopathic Medicine.

Dr. Cox has chosen to focus on Osteopathic Manipulation, the core procedure in Osteopathic Medicine, promoting the structural integrity of the musculoskeletal system. A.T. Still, founder of Osteopathy, professed two primary tenets of medicine: the body has an innate ability to heal itself, and it is connected in its entirety by myofascial tissue. Because of this tissue, all parts of the body function together in an integrated manner. Restriction resulting from stress or injury in one area affects other body systems that must compensate. OMM strives to remove these restrictions, allowing the body to function most efficiently.

Dr. Cox plays an active role in Texas Osteopathic Medical Association, TOMA, where he serves on the Board of Trustees.  Founded in 1900, TOMA is the oldest statewide Osteopathic Association in the nation serving over 1400 osteopathic physicians in Texas.  The primary mission of this organization:

As a young man, Dr. Cox was awarded the honor of Eagle Scout by Boy Scouts of America. In 2000, he volunteered for the International Language Program, teaching an immersion English language class for children ages 8-10 in Voronezh, Russia. His belief in the importance of community service continues to be an active part of his life as a volunteer in youth church groups.